An exercise with pixels and flight.

Drawn in April of 2012 and truly finished by that June, this picture was a continuation of using gradients to create a pixel effect. For the Neoepts color Eventide, I thought that the style mesh well with it, and so I used a lenny as my subject.

While it never made it into the art gallery on Neopets, I always did like the color changes and glowing lines in it. My biggest regret in it, though, is the odd positioning of the “black hole” of the sky relative to how the lenny is positioned. 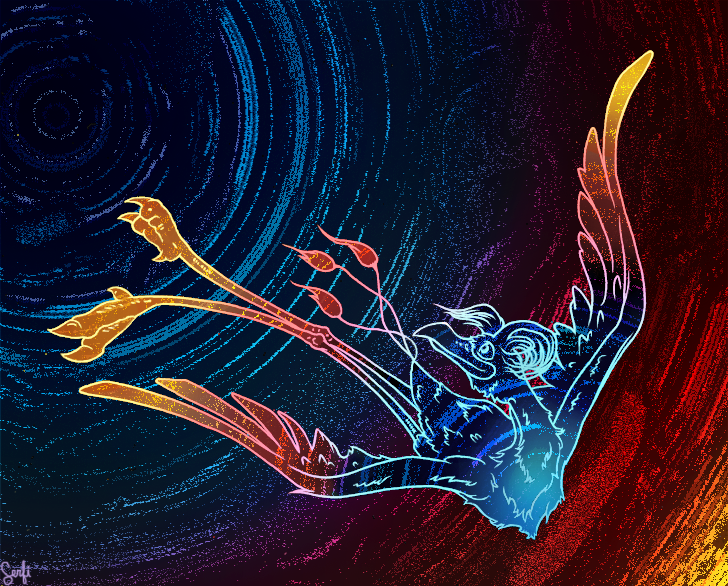 This one has a rather involved progress animation… My first version of the lineart had a terrible left wing (the one pointing upwards), and so I completely restarted and ended up with a more Disney-looking sort of lineart.

Then the journey to the correct colors and vividness was taken, and it was a long and harrowing one, but some cleaning up of the lineart and further layering of blending modes was enough to fix it up. The center of the background’s scattering of particles could not be moved lower and outside of the picture, but the best was done despite that.