Once upon a time, skrees were expensive raptors, but they apparently are as cheap are leaves now.

Titled “Tyrannain Fashion,” I drew this in March 2011 and tried to submit it then to the Art Gallery in Neopets, but alas it was a no-go, and it did not make it in for another 26 months after I re-submitted it again. Lo and behold, it got in…

A female royal chomby walks through a barren scene as a skree (the colorful raptor with her) follows. 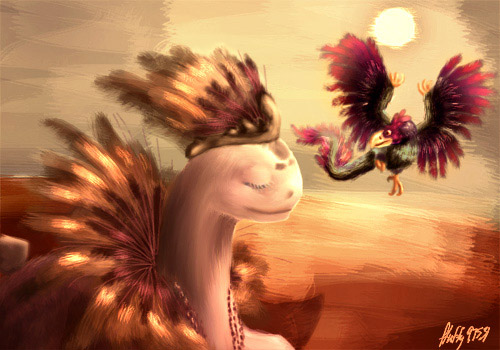 This picture has a redder and poppier alternate! 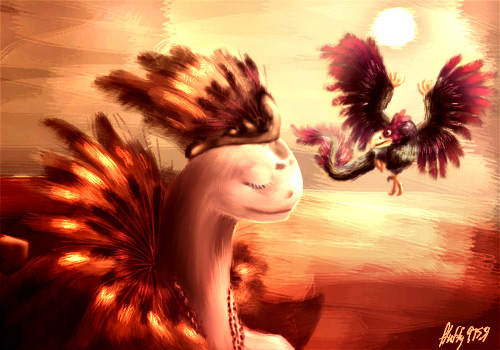 And yes, this one has a progress animation attached! At first the entirety of the chomby was drawn, but the picture was soon cropped to accentuate the skree backed by the scorching sun.