Originating from a doodle made in class in Feb. 2013, this was drawn over several weeks  during that summer (yeah I’m slow). There’s no hidden editorial meaning to this picture. It’s just of a deer roaming a land where the flowers grow above her head.

A notable and obvious inspiration song for this piece is “Lucy in the Sky with Diamonds” by The Beatles. 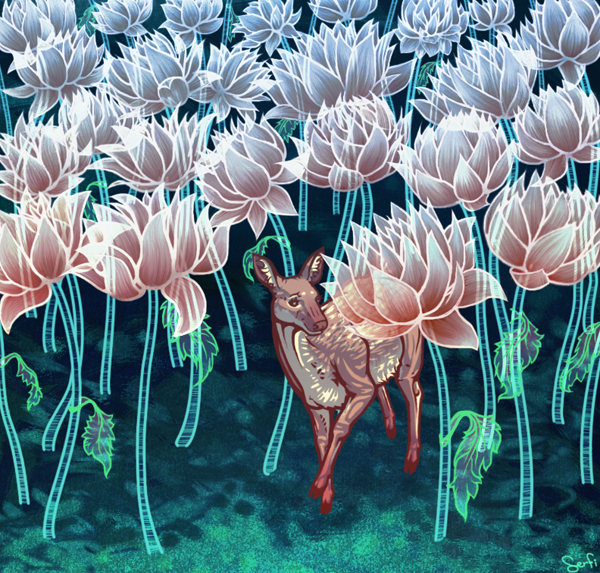 The version below was created in Feb. 7, 2015. Just some color gradients were changed to fit the picture closer to how I originally envisioned it would look. 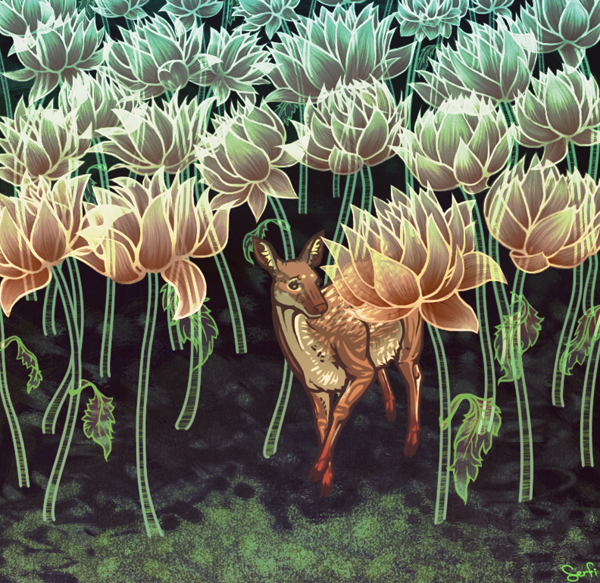 The progress animation for this one is fairly involved – you can see how vastly different the finished product is from the first rough drafts with cotton candy flowers.

Such a stark change indeed. 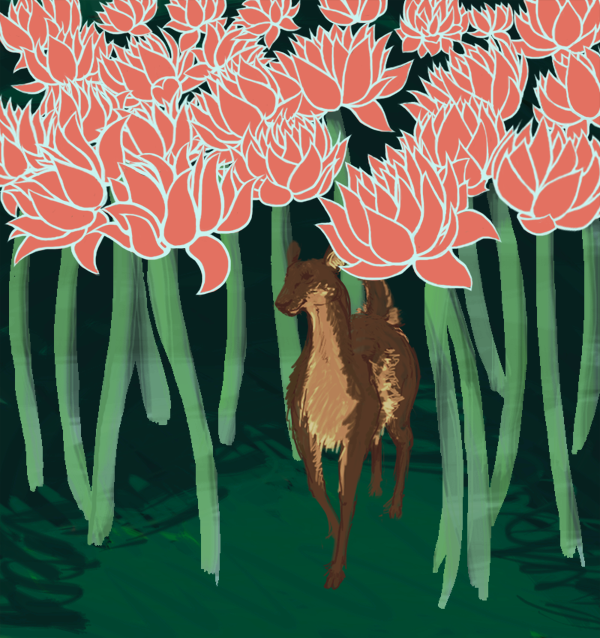 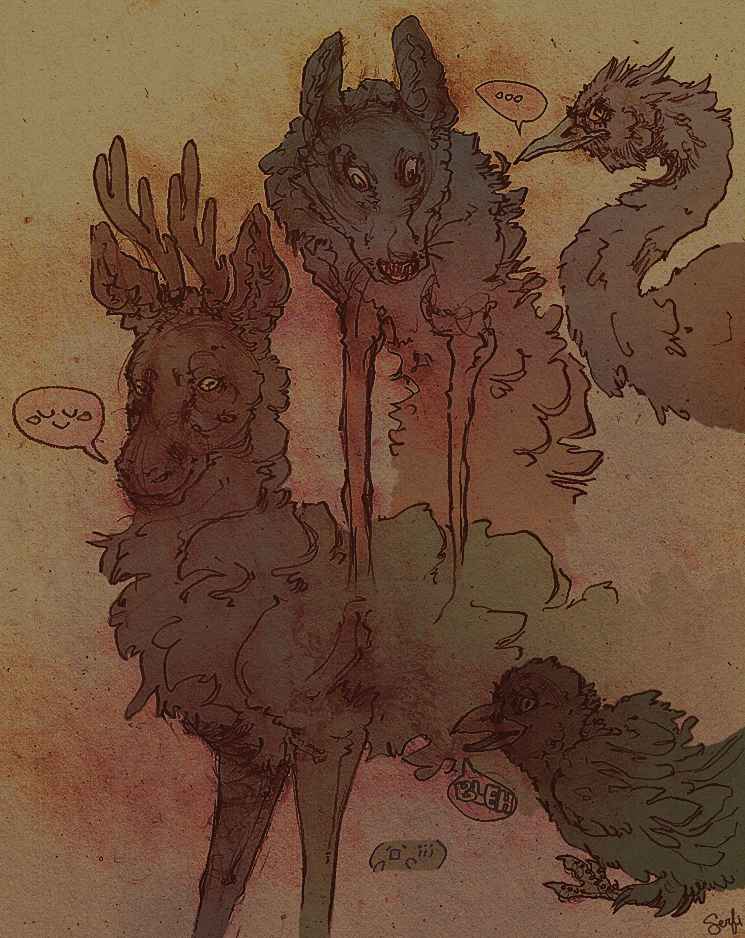