A dog from doodling is trapped in a lecture and wants to leave. Unfortunately, is it stuck there for eternity, and must instead compete with the equations above it for the viewer’s attention.

Copied from elsewhere when I first described the notes:

“These notes are about thermodynamics…

The equation is ΔS = n*R*ln(P2/P1) –> change in entropy = moles x gas constant x ln(final pressure/initial pressure) when the temperature is constant, and well, this is the context!

The bottom part of the notes illustrates the relation of F (here, it is Helmholtz free energy, which is usually written as A) to heat, written here as Q. So, it is the relation of F to Q.
Here it is found through an equation of entropy (here, given as S). The crux of the derivation is that E-TS = F, and the kβ term dissolves away, leaving a bare E to join the left-hand side of the equation to create E-TS. What is not mentioned here is that (dlnQ/dβ) = E, or energy.” 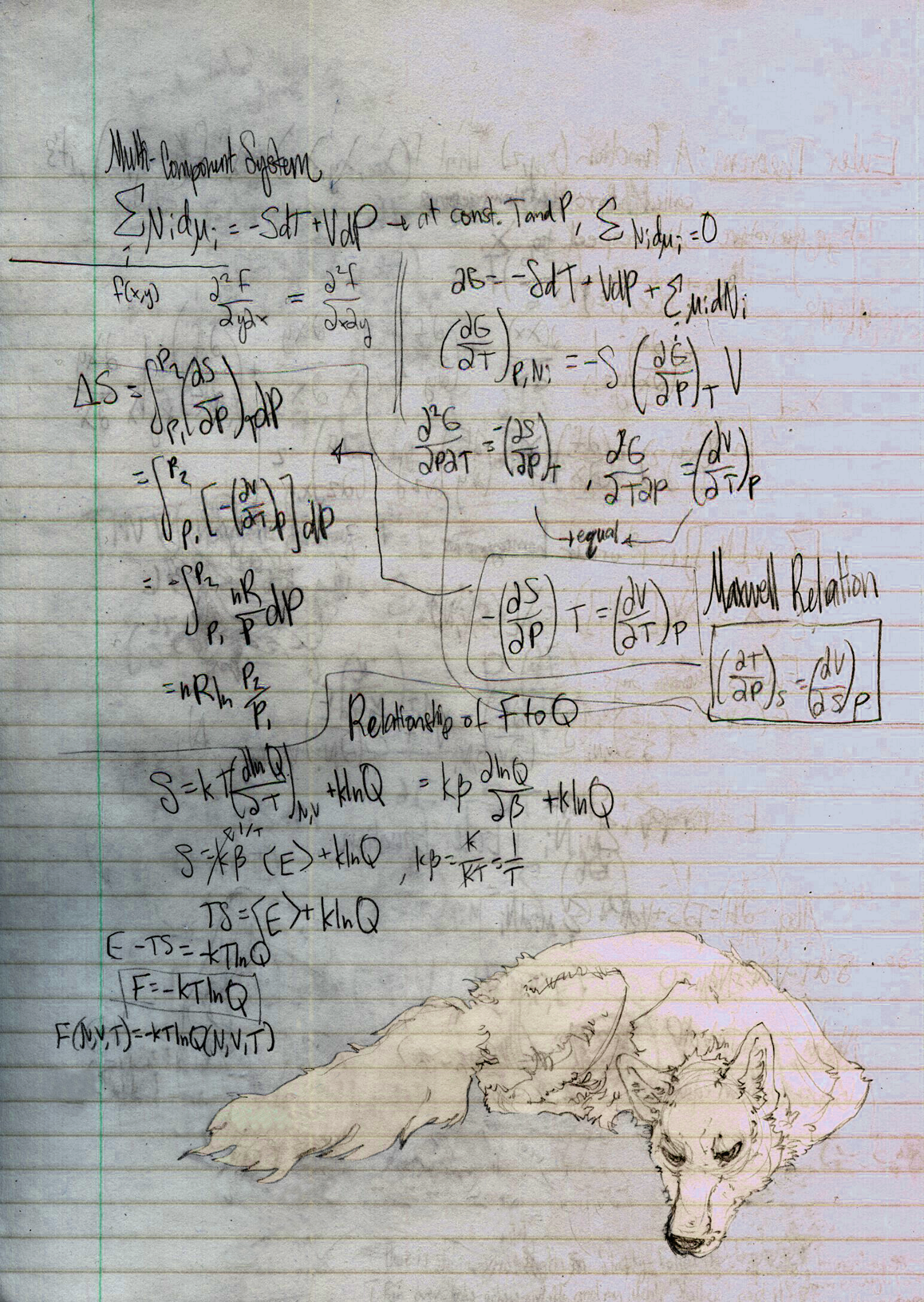